The food system is changing texture on a global scale.

For the past several decades, the world has been producing and distributing food with a “big distributor” approach. A small number of corporations and businesses mass produce food in enormous farms and transport it all over the world.

Most of us take the quality and age of the food we receive for what it is.

But it could be so much more.

It’s time for food production and distribution to disintegrate into smaller units. The food system is undergoing a shift from handfuls of huge corporations and chain businesses to a collection of small local farms.

As local food producers are enabled with powerful hydroponic farming techniques, a few things change – and we know that the change is for the better.

Food is fresher, improving health of individuals and communities. Sustainability practices are boosted with the increase in accountability. Fossil fuel consumption decreases as transport distance and time are drastically slashed. Communities interact with their food producers, setting minds at ease and educating younger generations about where their food comes from. And with the entrance of live sales, more of the money actually goes to the farmer rather than to handling fees, labor costs, and transportation costs.

It’s an encouraging and exciting concept, isn’t it?

But it’s more than just a concept!

Here at Bright Agrotech, we’re privileged to have a unique viewpoint into the agricultural revolution.

We want to share that with you by introducing some of our dynamic Upstart Farmers.

The Upstart Farmers are the inventive entities that are pulling ahead, expanding food frontiers in unprecedented ways. They are the vanguard of the food revolution, and we admire their socks off.

We think you should, too. Let these people be your examples to follow.

Meet 11 farms worth watching, and get excited about what’s going to happen in the years to follow. 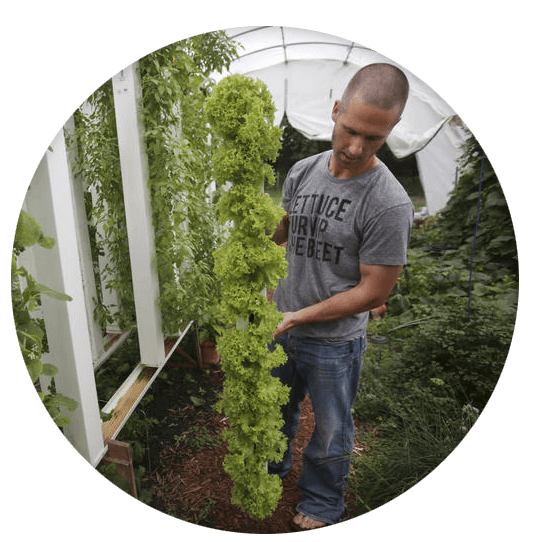 It seems like everytime we hear from Chris, he’s got something new in the works.

A few months ago, it was a super efficient display pump. Next year, it’s a suite of farming software.

Chris and his wife Lisa started their farm, Fresh with Edge, in 2011. They’ve been ruling their markets ever since and have big plans for this growing year.

“Next year will see the development of three branches of Fresh With Edge, the original tower/hydro/aqua focus that we had in the previous years. Along with an in home setup/service operation and software operation. The two new branches will augment our original focus while continuing to focus on our primary goal: offering the absolute freshest produce in the best ways possible.” -Chris Lukenbill

You can find out more about Fresh with Edge at this Seedstock article. 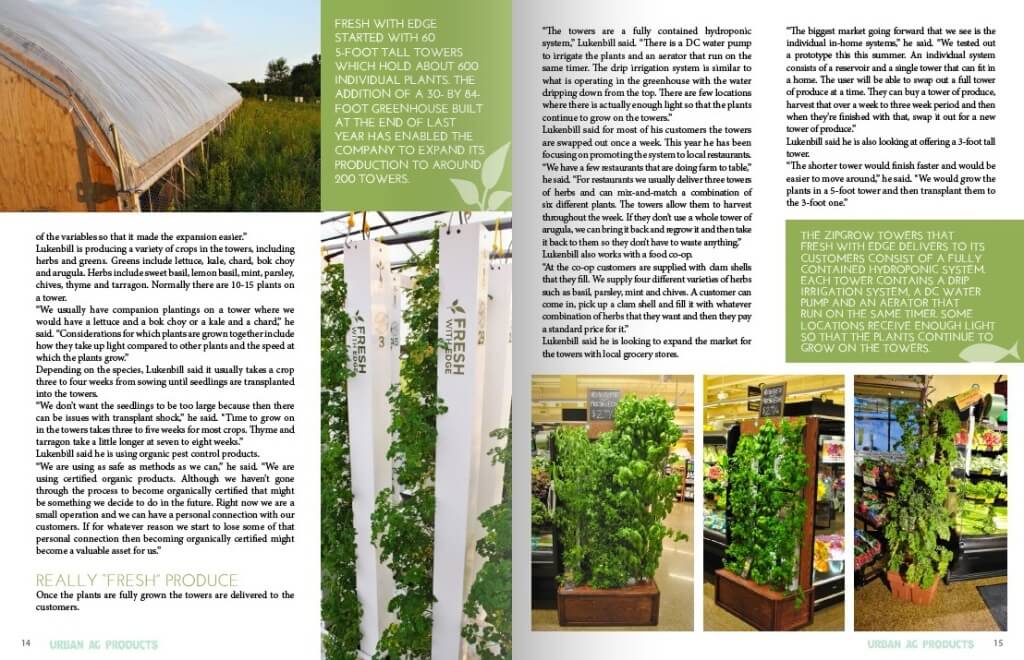 Haydn’s commercial hydroponic system just grew into a new greenhouse, which currently houses 150 towers – with room and immediate plans for a lot more. Haydn was the first person ever to sell live produce in Whole Foods.

“My simple goal for 2015 is to put all that new infrastructure to work and quickly grow the business. As oposed to the start of 2014 when I only had a few products for local delivery, I now have many professional live and cut products along with the ability to ship cut products nationally and live towers regionally.” – Haydn Christensen 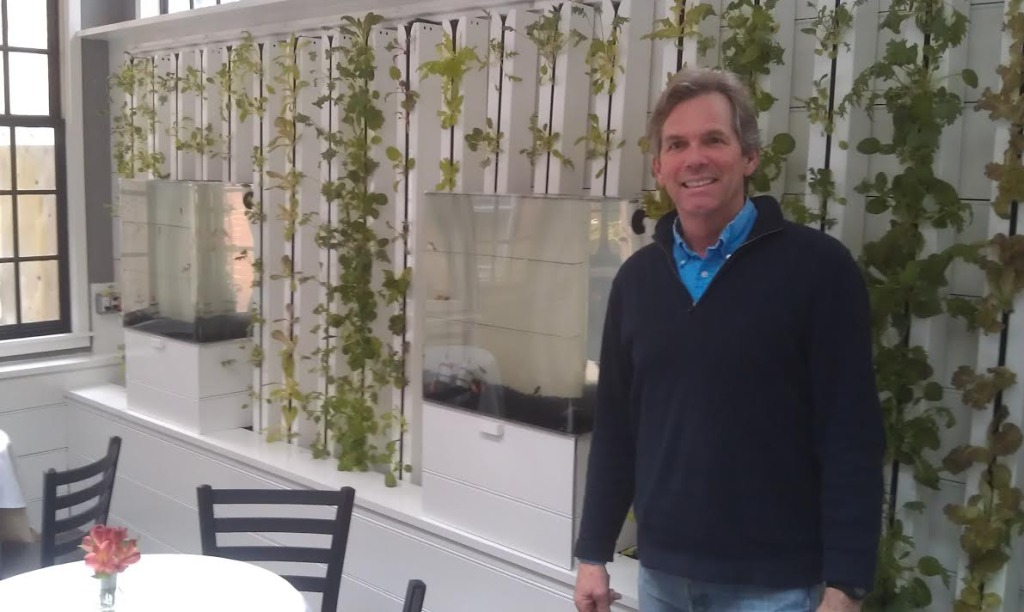 Teryl Chapel and the edible wall he designed and implemented at Page 63 Main. 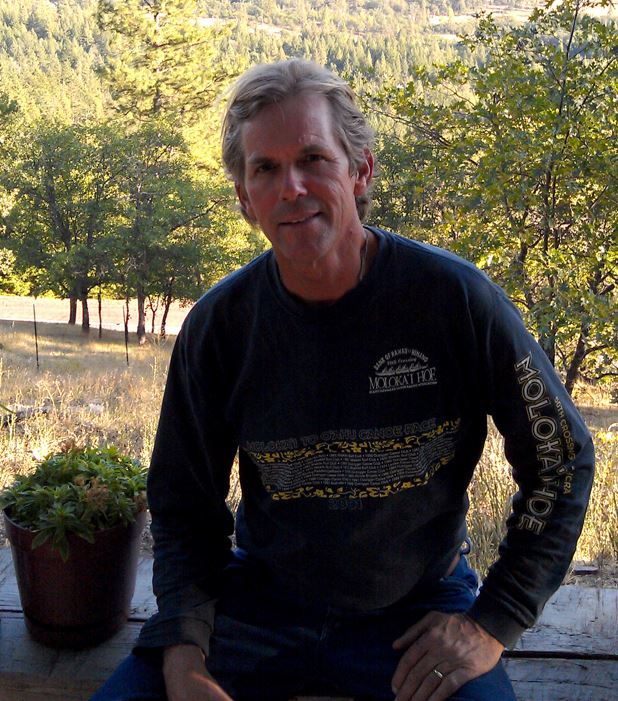 Teryl has one of the most creative minds we’ve seen.

He puts his creativity to work building special, food-producing green walls in restaurants and schools around New York. Check out this gorgeous wall in Page at 63 Main, and stay tuned for more creations from Teryl in 2015.

“To create a mini-farm/cafe combo contained in a geodesic Dome and located in the New York city area.” –Teryl Chapel 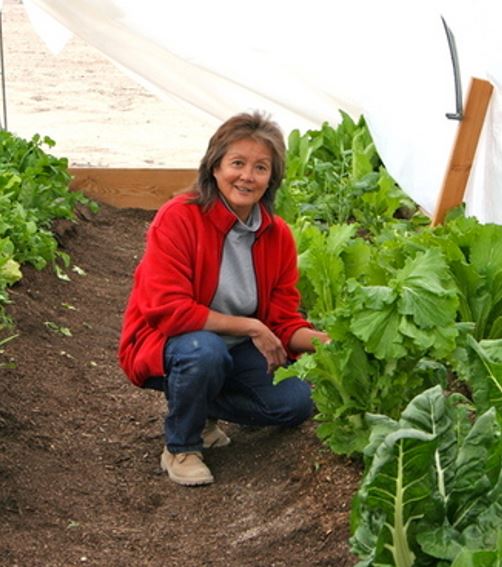 Marilyn tested various hydroponic systems before settling on ZipGrow as the tool that would launch her farm into hydroponic success.

Now Marilyn grows for a variety of markets and has an active presence in the schools in her area. Her farm has recently expanded to include a new greenhouse. Marilyn and her team are also very involved in community education, giving seminars and teaching her local community about the sustainability of hydroponics and aquaponics systems.

“To continue to educate more schools/students and families to grow their food and change their lifestyle to a healthier, sustainable, and knowledgeable life. To grow more food for families in need.” -Marilyn Yamamoto 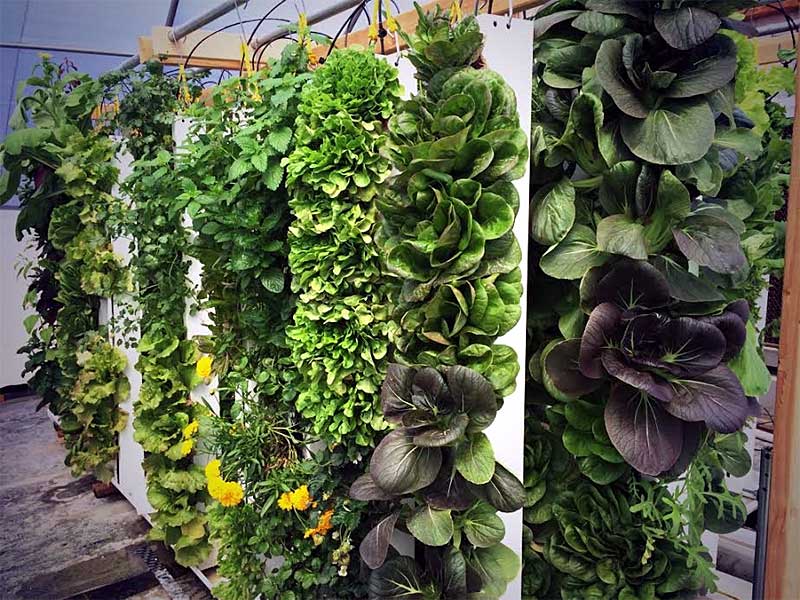 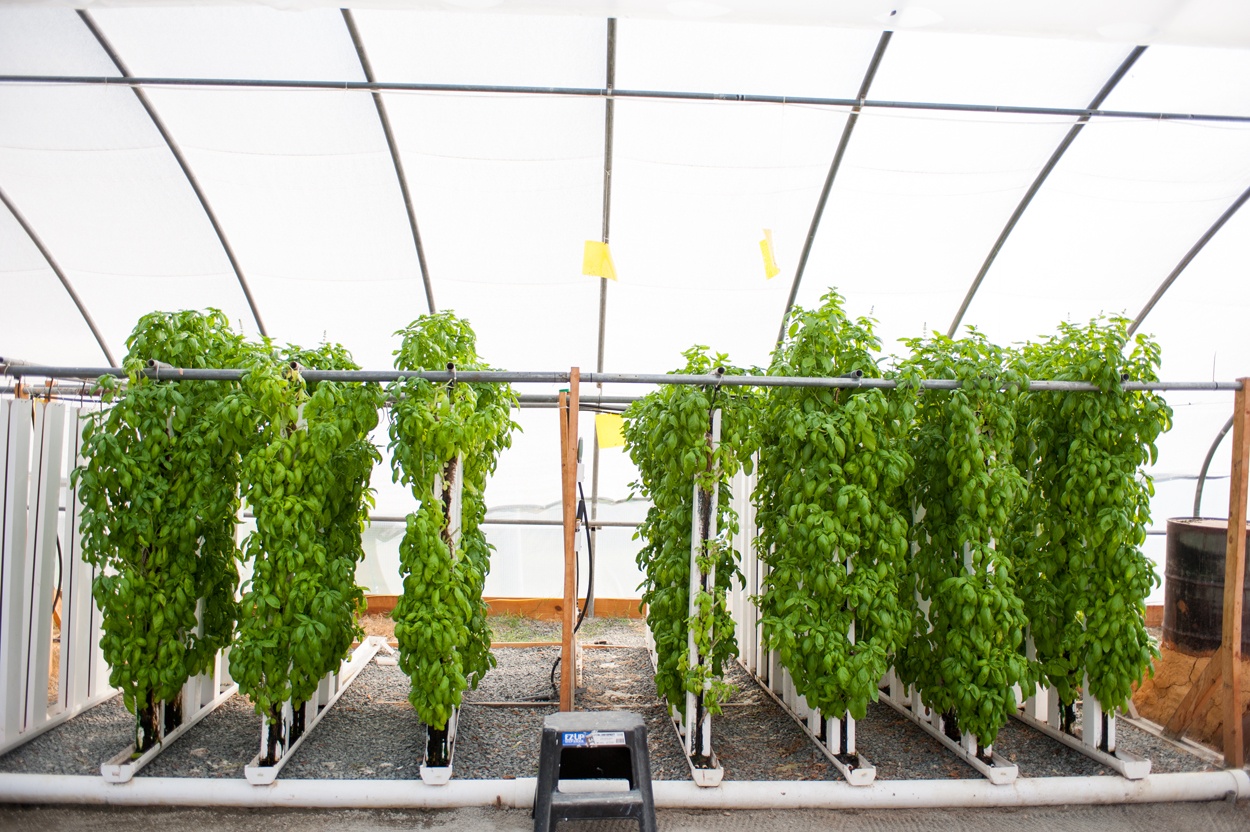 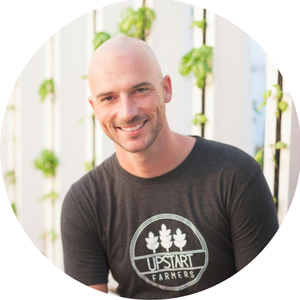 The Marshes started American Heartland Acres in an effort to claim the unclaimed potential of the ag industry.

Matt knew that given the right equipment, techniques, and a bit of strategy, he could run a sustainable local farm to feed his family and his community. He built AH Acres as a family farm that is doing just that.

“Our goal is to help regenerate an appreciation for locally supplied goods and services that are produced with healthy practices and without questionable fertilizers or pesticides. We are finding that the quality speaks for itself and that more people are satisfied that there is a healthy, local option.” 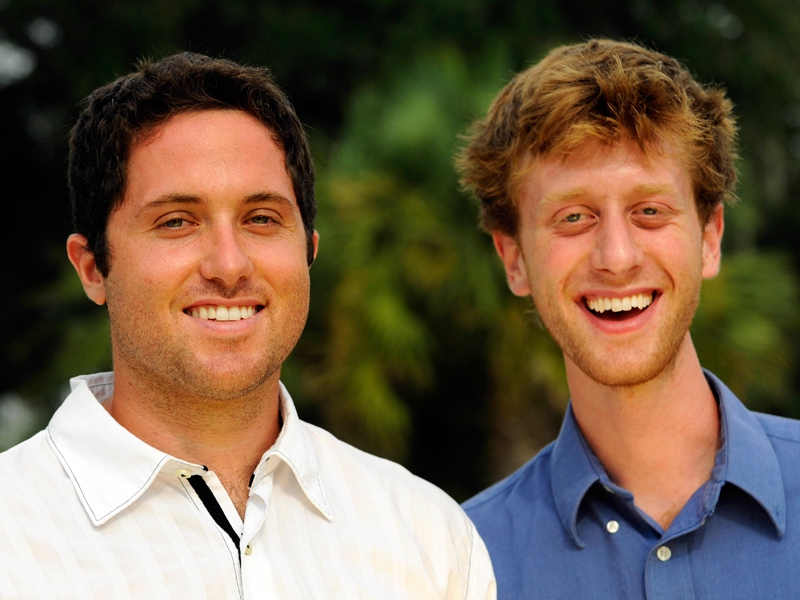 Kevin Morgan-Rothschild is a pioneer of ZipGrow technology in the New Orleans area.

They’re busy experimenting with Bright Agrotech’s Green Wall prototypes and plan to expand their presence as a green wall designer and servicer.

“As far as positive news, We are excited to have worked with Touro Synagogues to establish the first ZipGrow tower growing site at a non-residential location in New Orleans. This client has expressed interest in expanding their number of towers in 2015. Also just yesterday I had a Spring System shipped to Europe and I am excited to show the old world how to grow with this technology.” -Kevin Morgan-Rothschild

Karen and Patrick are still in the construction phase of their farm, but they have already proved to be action-takers and great community builders.

They are meticulously planning all aspects of growing, marketing, and recording, and are busy attracting support from their area.

We are excited to see Karen and Patrick’s farm move into markets and enrich their local community.

“My “big” plans for 2015 is to end the year with an additional greenhouse and 450 towers.” -Karen and Patrick 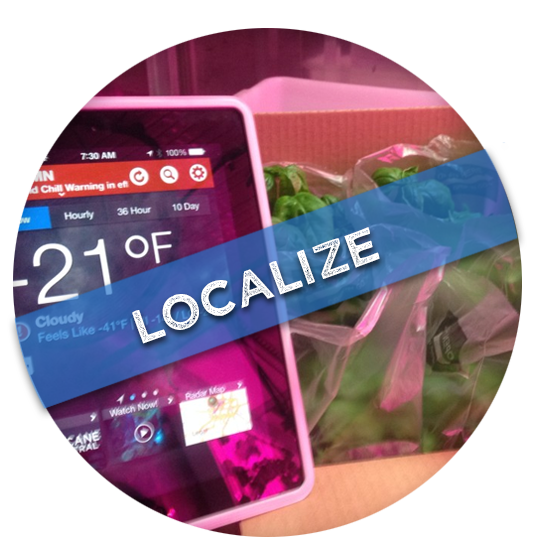 Ryan runs a farm with over 200 towers, which grow sweet basil for 5 co-op grocery stores.

He is the original Freight Farmer, and his success has inspired many younger farmers.

Even in the midst of a -21 degree Fahrenheit cold snap, his Leafy Green Machine was still producing basil!

“For next year I am planning at least doubling my capacity and begin to produce specialty lettuce varieties to package and distribute to the current co-op’s and expand both product lines into several more in the Twin Cities metro area.” -Ryan Sweeney 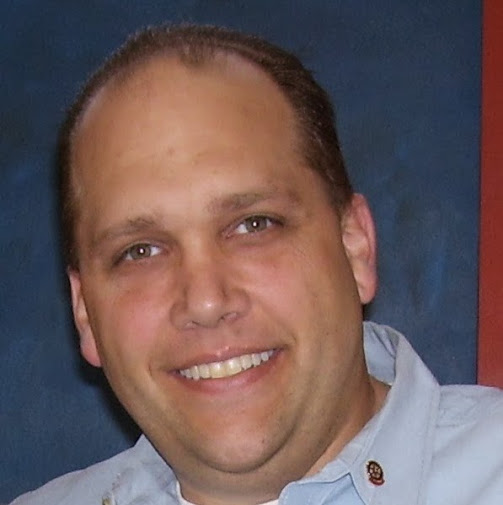 Tracy has been growing with ZipGrow for a while now and is looking to start selling produce in a CSA in 2015.

If you haven’t already, check out Tracy’s videos to see how his system is flourishing.

“To get the farm up and running… Our goal is to start a CSA, so by the end of 2015 we would like to be starting the sales of the shares. We are doing this as we can grow at a slower pace, if needed we can sell some items at the local farmers market which will open a few doors to get new CSA clients as well.” -Tracy Holz

Mitch Hagney has know for a while that vertical hydroponics was the way to go. He believes that the collaboration of small local farmers like himself is going to be a driver of growth for local food.

In addition to being a part of the Upstart Farmers community, Local Sprout is playing a strong role in its own community. 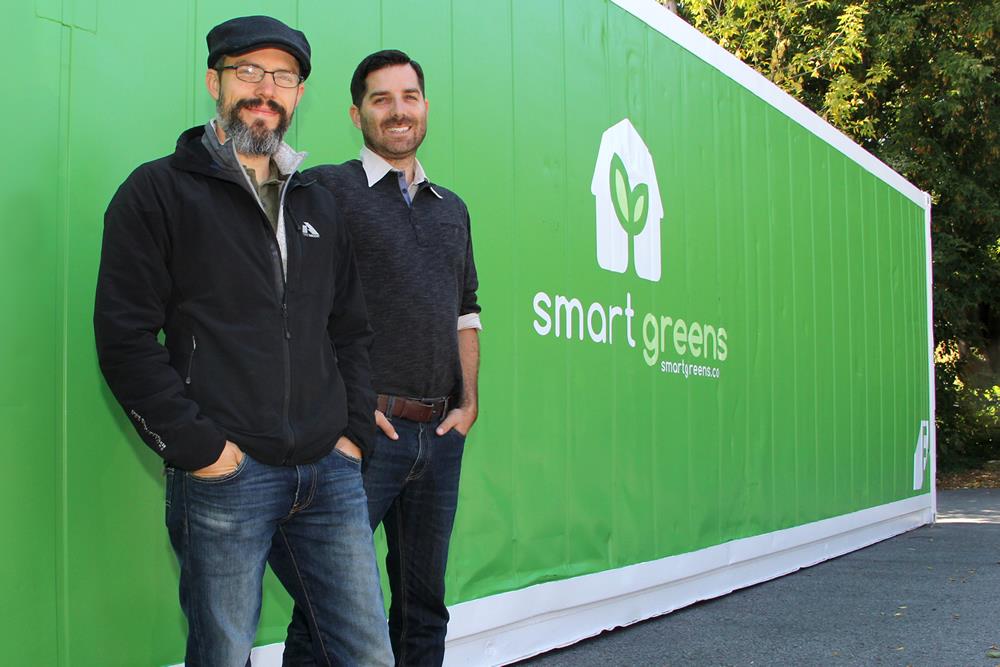 Smart Greens is another brand-new Upstart Farmer. Their local market is so receptive that they’re already selling out of kale each week!

In 2015, Smart Greens hopes to expand local hydroponic farming across Canada as a distributor of Freight Farms technology.

Eric’s enthusiasm for farming and the local food movement is contagious.

Stay posted for a spotlight on Smart Greens next week!

Learn more about the Upstart Farmers, and how you can become one yourself.