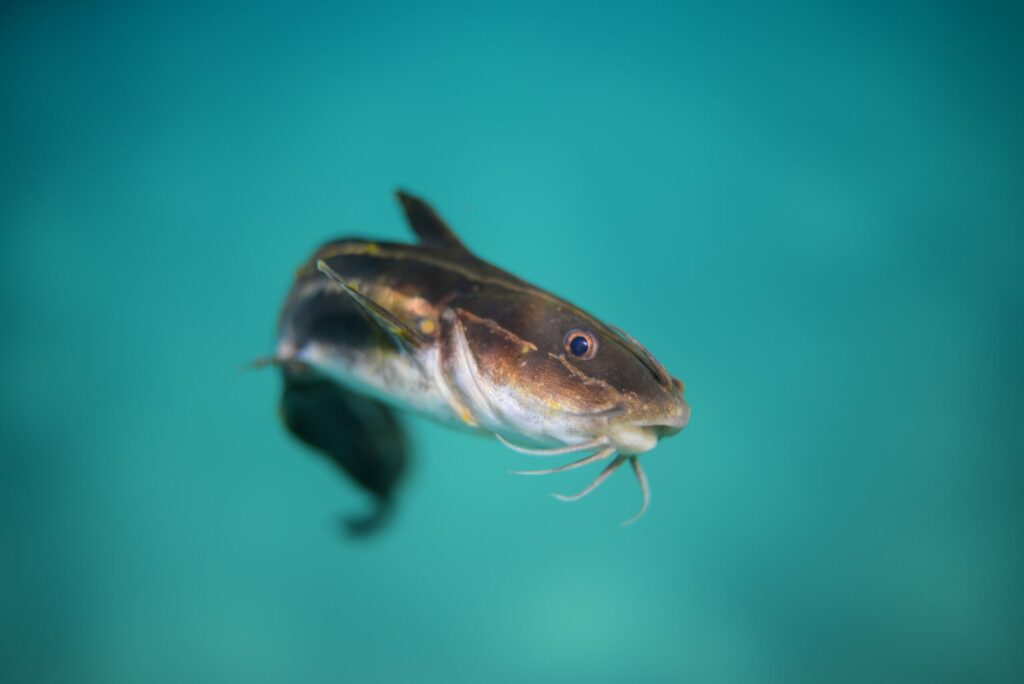 Aleece B. Landis, more commonly known as the hands-on aquaponic expert TCLynx, has been enthralled with aquaponics since 2007.

TC learned much of her aquaponic know-how engaging in all kinds of forums and online communities and now is one of the “go-to” people on many sites. Aside from helping all levels of aquaponic enthusiasts, TCLynx also devotes her time to duckaponics, permaculture, helping families grow food for her business, Aquaponic Lynx, LLC, and raising her little boy.

ZipGrow holds TC in the highest regard and refers to her on all matters catfish.

There are lot’s of possibilities when you are choosing a fish for your system. Catfish are a great fish and might just be your perfect match. Let’s talk about catfish in aquaponics.

Why might Catfish be a Good Choice for your System

Catfish are a tasty choice and are definitely worth considering if you plan on raising a food fish. There are dozens of ways to cook catfish, and even if you overcook them, they just get a bit dense.

“They are both totally mild fish that take on the flavors you cook them with. Nice thing is I normally got BIG catfish so you only have to clean one catfish for a family meal where as our tilapia were tiny so you had to clean a mess of them and it was hard to get nice fillets from a tilapia around the bones.”

Another admirable quality is that catfish are hardy, and thrive at convenient temperatures; a system that stays around 60-70 degrees is ideal, and catfish will keep eating to at temperature of 55.

Where to get Catfish

Catfish are easy to get, especially compared to carp, and even some types of tilapia, many of which are illegal in some states. Aleece says:

“I recommend getting local channel catfish fingerlings (any state that has fish farms that sell fish for stocking farm ponds are likely to have some sort of catfish to sell for the local climate and that is where I would recommend getting stock normally.)”

For ZipGrow systems, we recommend 1.5 to 2.5 pounds of fish per 5-foot tower.

“For channel catfish in a southern outdoor system they can grow FAST so I generally recommend stocking as if you expect them to reach at least 2-3 lb in 12 months. They are LONG fish and though I know people who have grown them in IBC tanks, I personally would not do that myself. 300 gallons is about the minimum fish tank size I would want to grow them out in. I like to give my catfish at least about 10 gallons of fish tank per fish for grow out and at least twice as much filtration and water flow as is recommended for tilapia. While catfish can survive somewhat poor conditions, they will do far better with good aeration, filtration and water flow.”

Aquaponic Lynx LLCThat means that if you have 50 towers, you should be stocking 100 pounds of fish, and starting with about 40 catfish fingerlings.

Catfish, unlike tilapia, carp, and most other fish, have skin rather than scales. This makes handling much different. Aleece says,

“Having no scales they have sensitive skin so minimize handling (NO catching fish to show them off!!!!!!!) … Watch out for nets that can get tangled in the little barbs of small fingerlings. The little green aquarium nets are terrible for this. I usually use my hands to transfer new fingerlings from the bags into the quarantine tank when I first get them. And I often leave them in there until they are big enough that I can net them up with a silicone fishing net for transfer to the grow out tanks. For the move to the grow out tanks they get a salt bath (only about 3 ppt usually and NEVER more than 5 ppt) with aeration and aloe in a basket in a bin of system water then we wheel the bin to the new tank and lift the basket to transfer them into the new system so they are really only handled the one time on transfer which seems to minimize stress and injury.”

“To help sooth the skin during handling/transfer. There have been studies that aloe can help mitigate the chances of injuries resulting in columnaris infections. Aloe is the active ingredient in some commercial projects for protecting slime coat and reducing stress in fish. That said, don’t use too much and make sure water is kept well aerated since it and the salt can both interfere with dissolved oxygen levels and oxygen transfer.”

Quick tip: As water temperatures rise in the spring, be extra careful of ammonia spikes, which may irritate skin and increase the risk of columnaris disease in your catfish.We hope that this post has been helpful to you!

If you want to thank Aleece for her wonderful advice, check out her website and read up on channel catfish.