Hundreds of years ago, the Texas panhandle was home to thousands of buffalo. After a few centuries of buffalo stomping on the ground, the soil was compacted and dense, leaving a challenge to future farmers.

Now, the land cattle country and home to thousands of acres of corn, wheat, milo, cotton, and other commodity crops grown by large farmers who have to amend the soil to make a living.

Although commodity growers (think wheat, soybeans, etc.) have established themselves and adapted their practices to grow in the hard Texas soil, small farmers have not.

The dramatic amendments that would have to be made to grow sensitive crops in the area are cost prohibitive, and other factors make growing too challenging to be profitable.

But to some, the lack of fresh produce is an opportunity, not an obstacle.

Marre Seleska currently runs Green Wolf Vertical Farm in Panhandle, Texas. She’s a great example of someone who saw the challenges, and raised them a vertical farm. 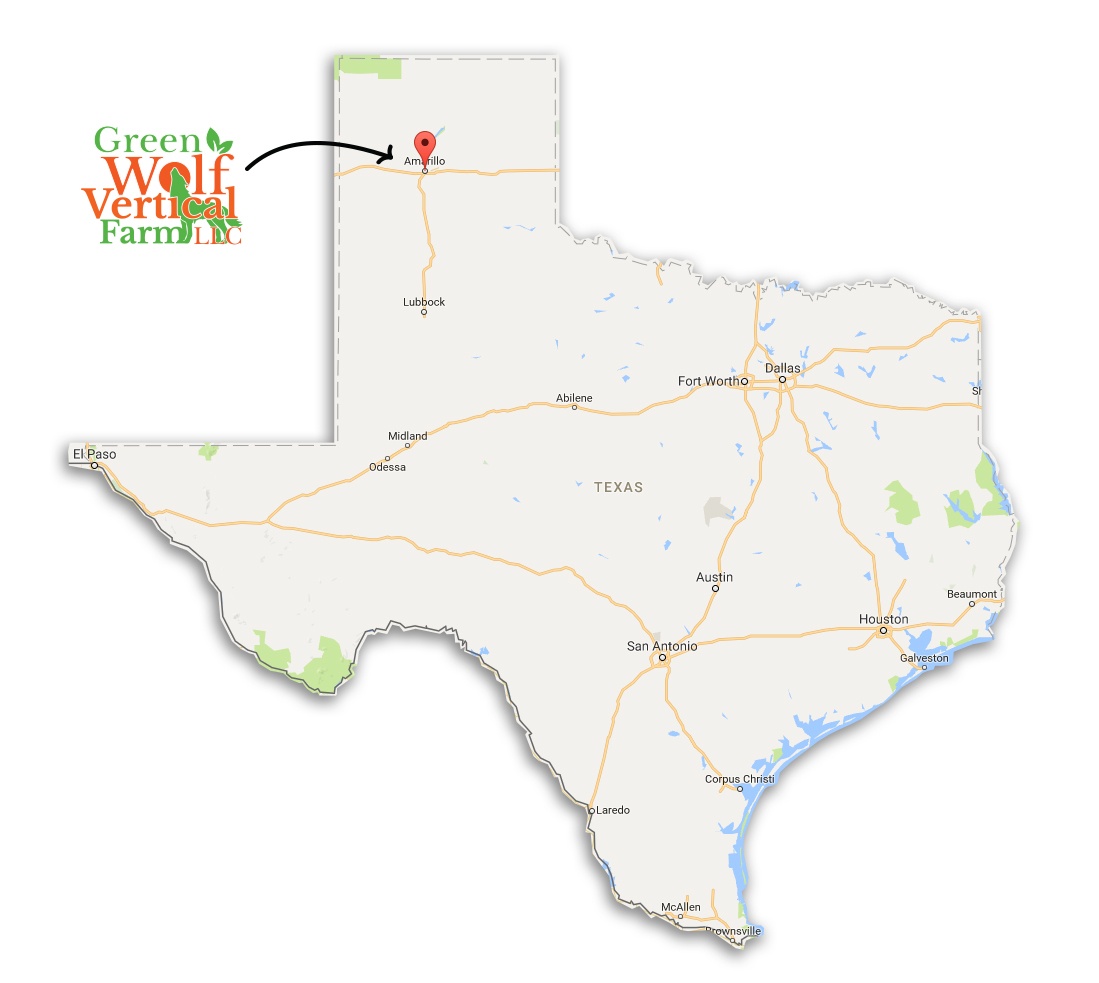 “The Texas Panhandle has long been known for its capricious weather. Soaking rains with the occasional crazy hail storms in the spring, hot dry winds in the summer, hot then cold fall and the occasional blizzard and then heat wave in the winter and of course drought. All of this weather craziness makes it our greenhouse and microgreen production so valuable in this area.”

Marre is one of the only growers in her area, and certainly the only that can offer fresh leafy greens. Others that grow mostly grow okra, squash, tomato, beans, and peas. Fresh chard and kale, lettuce, and other greens are nearly impossible to find.

Marre, like many small farmers, didn’t start out with plans for a large farm. In fact, she first started growing in a 15 by 20 foot sunroom to test the idea. She knew she would have to do three things with the space:

– Control the environment to balance the harsh Texas weather.
– Use unique growing methods to get the most out of the 300 square foot space.

Marie began growing in a ZipGrow hydroponic system with a relatively small goal.

“After much research into different ways of growing produce that DIDNT involve traditional farming due to the poor soil, the unavailability of small plots of land and crazy weather, we found that the ZipGrow Towers combined all of the best parts of hydroponic systems in a much smaller space . . . It really just started out as an experiment for providing for family. I come from a line of women who did that for their families.”

But as she began to test the growing techniques, the potential of the operation dawned on her.

“I began to see that this could turn into a commercial venture quite easily. Because it was nothing like those around [me].”

Marre saw the potential to scale and start selling produce. So she did it. She polished a crop list, added microgreens to the system, and started selling at farmer’s markets. Market-goers loved them.

In comparison to the trucked-in greens, Marre’s have higher quality and a much longer shelf life because they are younger when the customers get them.

“With the microgreens, nobody sells them live here. They’re all cut. And they don’t last very long. Where with mine, they last seven to ten days. Its fresher, it tastes better. I had one [customer] tell me that ‘I never knew lettuce had a flavor until I bought yours.’ “

This shared experience is part of what powers Marre and Green Wolf. “Being able to tell someone, ‘here taste this’ and watch their eyes light up… oh, that just gets me.” 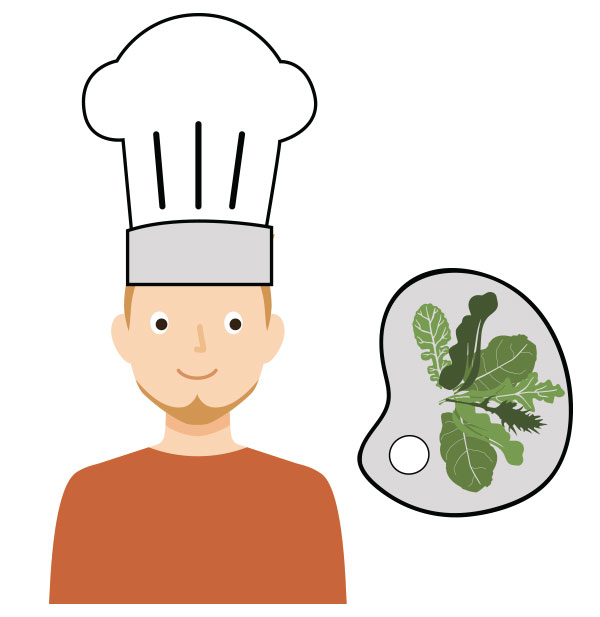 Marre also has an advantage because as a small, personal farm she is able to customize orders and try out crops for customers.

If chefs are the artists, Green Wolf Vertical Farm is the ultimate art depot.

“They can talk to us and ask ‘can you grow this’ and I want to try something different. I do a lot of consulting with chefs on their menus. I’ve had catering chefs what would go with a greek dinner. I do a lot of research on that also.” 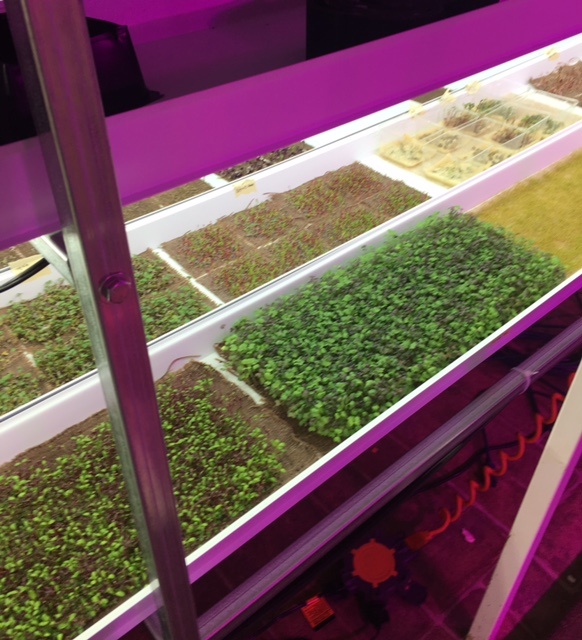 As Green Wolf Vertical Farm becomes a more valuable resource for chefs in the area, Marre is thinking about how to expand that resource to others in the community.

“I see it expanding to a lot more than just local chefs. Because we started out at a farmer’s market, we had a lot of people who were able to try them out who had never heard of them before, who had no idea that they could even buy them.”

Now, Marre is finishing up a greenhouse where she can expand the crop selection to her community to include crops like eggplant, gourmet bell peppers, salad tomatoes, and peas.

“We have a medium sized high hoop greenhouse that we will have half in the ZipGrow Towers and half in grow bags (for fruiting crops). In that space, not only can we grow year round, we can grow more than if we were using a traditional farming model with less loss.” 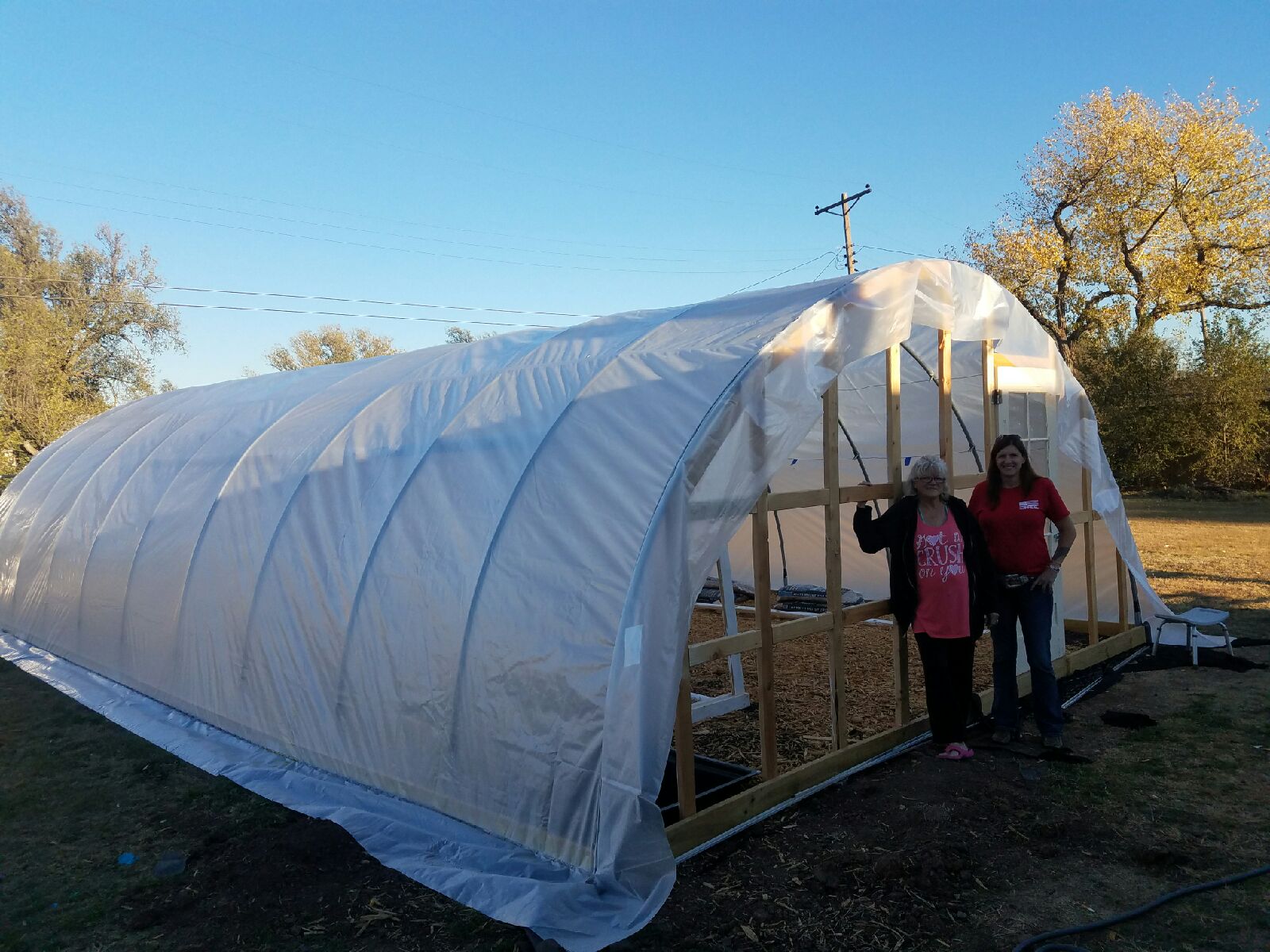 What challenges will you overcome?

Every farmer faces different challenges, whether finances, facility, or climate.

But we live in a time when technology exists to overcome each and every challenge.

Upstart University is a platform that brings all of those solutions together and teaches them in a central hub.

Upstart University is the place to start if you want to start a local farm.

You can get a free trial to try it out today.