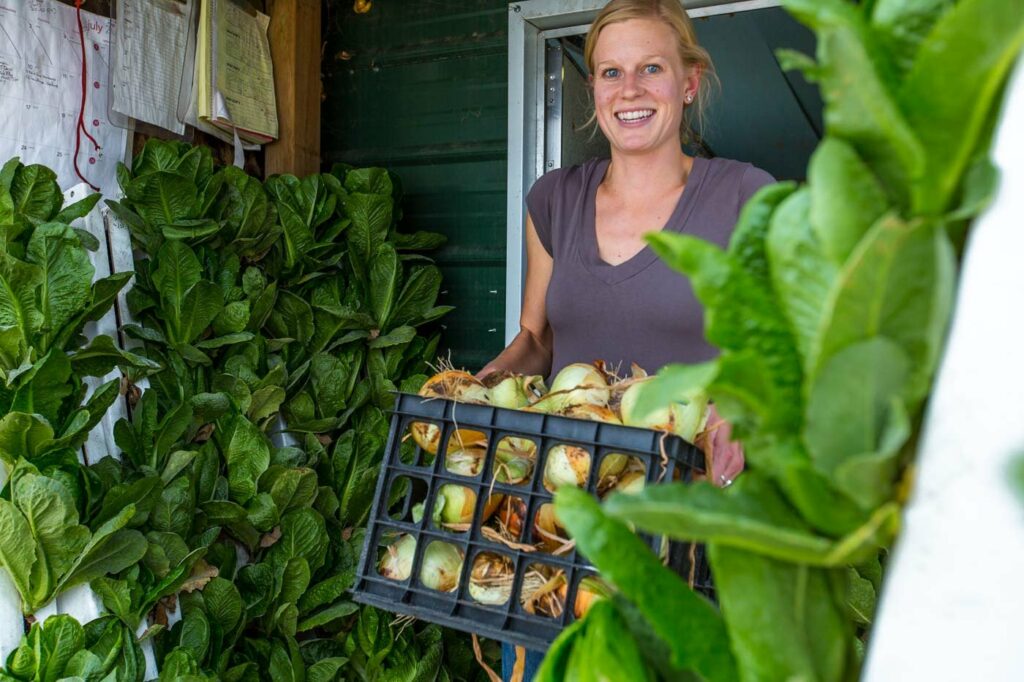 Today is International Women’s Day, and the theme is 50-50 by 2030: Step it Up for Gender Equality. We at Bright Agrotech think this is especially relevant due to the continually male-dominated field in which we work.

In a recent Foodtank article, it was stated that women farmers yields were 20-30 percent lower than for mens because of a lack of access to banking, financial services, and inputs. But filling this gap–and helping women get the same resources as male farmers–could lift 100-150 million people out of hunger worldwide. Needless to say, this is absolutely something we can get behind.

Empowering [women] farmers around the world

What’s stopping the world from being more accepting of women farmers? It’s hard to say, because in many cultures, women are traditionally at the forefront of homemaking and childcare.

They put food on the table each night; farming should be a natural next step for women. However, empowering women to get educated or learn a skill (like farming) is, unfortunately, a fairly new concept.This is ironic, because the majority of smallholder farmers in Africa are women, and most households in more affluent, urban areas are women-led.

So why are we conditioned to think of a man when we think of a farmer?

Or someone who brings food to the table? Growing up, my dad’s specialty meal was a heated-up can of refried beans and tortillas. It was my mom who sought out new ways of bringing wholesome nutrition to our dinner table, and it was my mom who started our backyard garden–she also taught my dad how to garden and harvest the crops we did eventually get, but that’s another story.

Maybe it’s just me, but I think farming is something everyone should get the opportunity to get involved with. 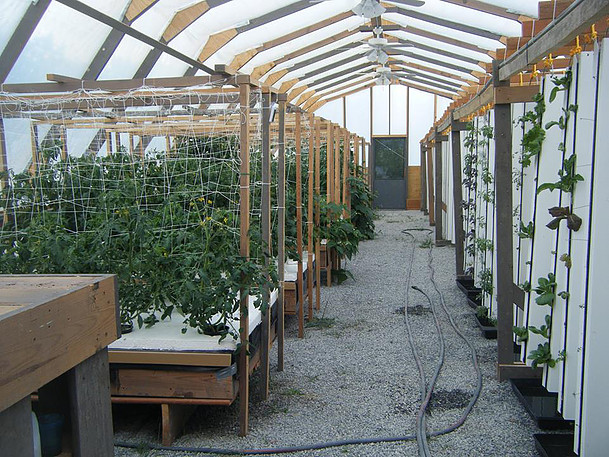 Women have a lot to offer innovative farming

This isn’t to say innovation in homemaking can only come from women. Obviously, that isn’t true. But innovation in farming doesn’t only come from men either–take Lee Spiegel for example. I spoke with Lee and was immediately affected by her go-getter attitude and her profound love of connecting her community through farming. She not only conducts her own farm, Pulaski Grow, but she runs youth training programs and community workshops, aimed at teaching community members the logistics of planting towers, starting seeds, and most importantly, that they can do what she does, and a bonus–power tools!

All the women who come here, leave knowing how to use power tools. Sometimes we get college students, middle schoolers, any age really. I try to focus as much, if not more, on the girls when they come here. I want women and girls to know that they can do what I do. Its not rocket science; you can do it. They love the plants, they love the towers…they see that they can do the whole thing on their own.

And Lee literally welcomes anyone with any skill level; some women who have absolutely no agricultural background have become some of my key volunteers, she says. At this point in my conversation with Lee, I had practically already booked the next flight to Draper, Virginia. What Lee has created is amazing, and I’m not surprised she has seen so much success. 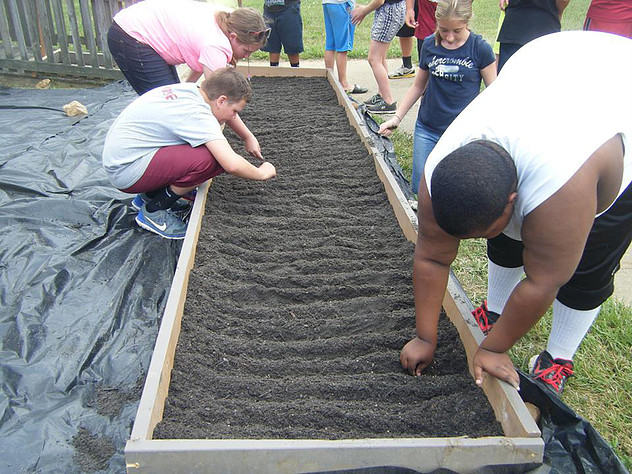 What’s holding women back from farming?

But it hasn’t always been smooth sailing for Lee and Pulaski Grow, and like women all over the world, funding (or, rather, lack thereof) was at the helm of the issue-ship. While Lee was fortunate enough to receive grants, None of the grants [that I got] were for being a woman farmer,–those are more for younger people of other minorities–That, I feel, is a really big need. There are really serious issues with women getting funding, Lee says.

But the really big needs don’t stop there. Women do farm, Lee says, but they are all married, and the husbands are generally the face of the farms. There is definitely a minority of single women, and I find that there is also an age discrimination, which is a huge problem. What if you’re a woman over thirty who wants to have a wonderful second career? For Lee, a single woman over thirty, agriculture and growing were already a passion, because it already spoke to me spiritually and nutritionally. It makes sense for women, especially in more rural communities like Pulaski County, to want to farm. So why can’t they get the resources they need?

Lee thinks it comes down to a strong sense of community. The empowerment she feels from her fellow Pulaski County citizens is mutual for both Lee and Draper. She welcomes anyone to her farm, whether it’s just for a tour (which she hosts every second Saturday of every month) or to help her regularly, and from the beginning the community has supported her efforts and ultimately made her farm dreams a reality. I get a huge amount of support for what I’m doing…the county was very supportive [when I was starting out]. I think it was mostly due to people rooting for me. 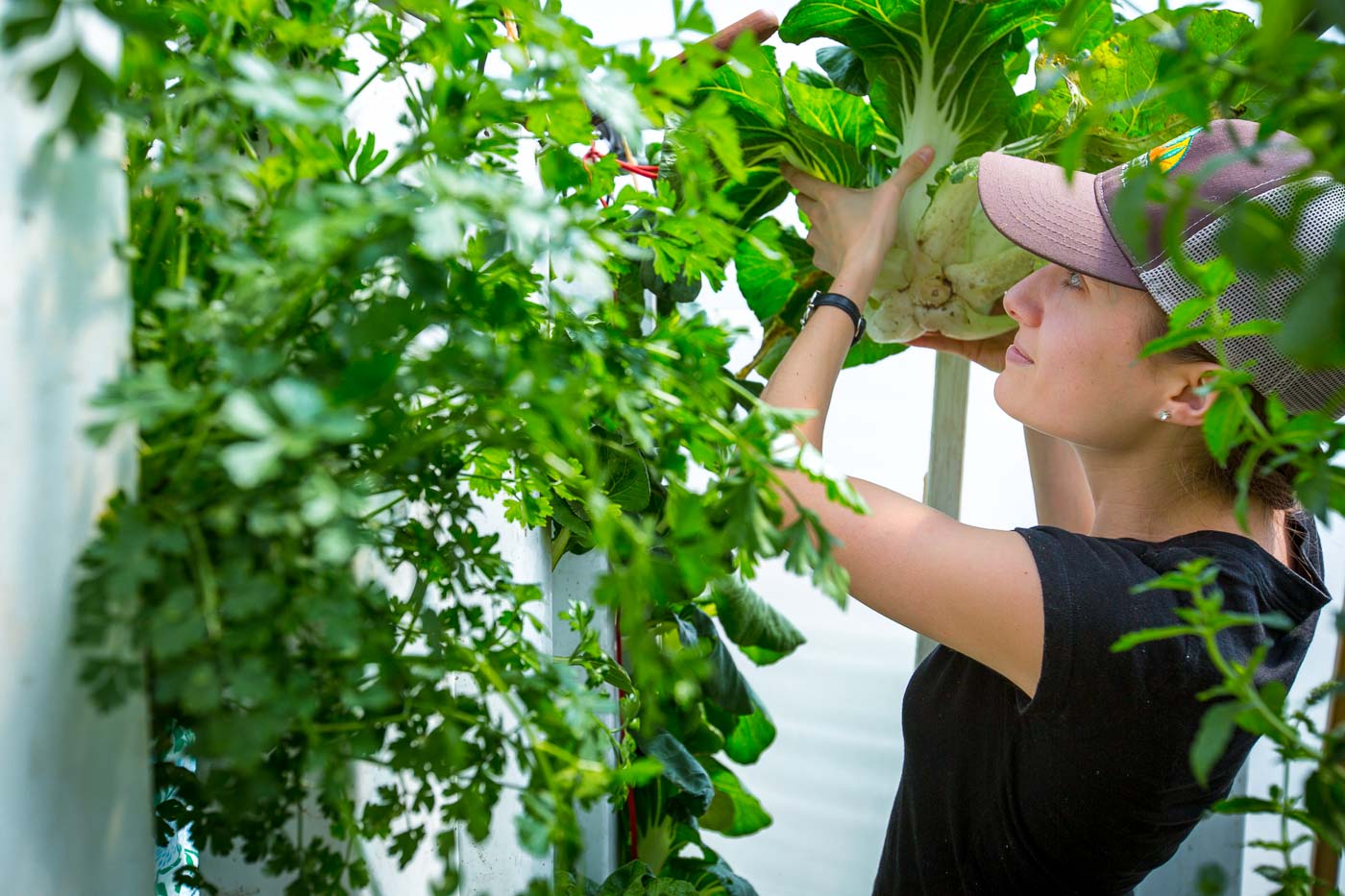 It’s not about being better than a man farmer.

It’s about sharing in the joy of farming and building a better future. In fact, Lee loves being in positions where collaboration is encouraged– my business has grown on partnering. Women think we have to do it all ourselves, take care of everything and everyone ourselves. It’s okay to ask for help!

Actually, Lee is convinced the optimization of community involvement not only helps, but is the best thing she could have done for Pulaski Grow. Opening her doors for volunteers to help at her farm not only benefits her agricultural efforts (obviously), but it gives the volunteers a sense of ownership– The more people you can get to invest in your farm, even just their hours of volunteer time, creates a sense of community on your farm because they had a part in your success. And this, she says builds a huge amount of equity with your customers, because it’s theirs too, in part.

But, Lee says, that innate nurturing side most women have shouldn’t be forgotten. For some of us, [nurturing] is a strong pull and we create that welcoming, homey feeling easily. Building a farm is like building a family. 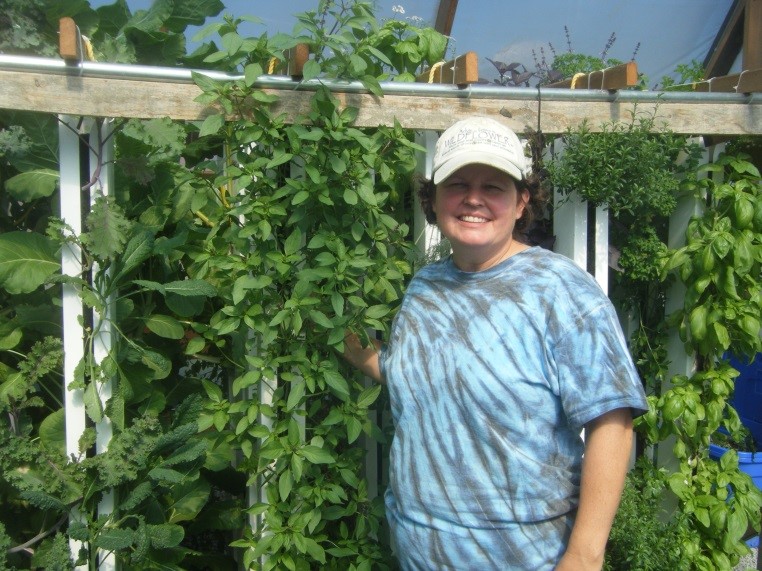 So what’s in store for this FarmHer? I suggested running for President, (wouldn’t you vote for this amazing lady?!) but she thinks she’d better start in Draper. Running for office is definitely on my to-do list, I need to lead [change] better for us, for women, she says, because even though there are a lot of powerful women in the community, a majority of the people who hold positions of power are men.

Lee thinks the next step in gender equality for farmers is encouraging women to support one another when they step forward and claim positions of power. It’s not up to men, at this point, she says; It’s incumbent on us [as women] if we want to make this change and have a voice.”

Women have a lot to contribute to feeding the world, and while it won’t be all sunshine and daisies–we will have to commit a lot of time and a lot of energy to this–we believe that the end result of a sustainable, stable, and healthy food system will be more than worth it.

All over the world, passionate change makers like Lee are providing fresher food to their local communities. Learn more about the Upstart Farmer movement below. 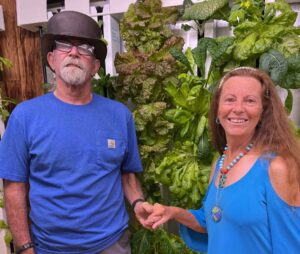