Asbury Park, a small city bordering the Atlantic in New Jersey, had its glory days as a seaside resort town. In the late sixties, the city experienced an economic decline.

Decades later, the city is making a comeback. Social and economic rejunivation is taking hold, but the change is divided. A few days ago we sat down with Nick Silverman, Farm Manager for Kula Urban Farm in Asbury Park.
Nick described Asbury Park’s partialmetamorphosis with the majority of change happening on one side of the city.”Only half of the city has gotten better,” he said. “The city is divided by railroad tracks.” The east side of the tracks is economically healthier; businesses are starting up and the people are more affluent.
“The west side of town (where I’m talking to you from here) is a very low-income community with all of the issues that go along with that. There’s some gang activity; there’s drugs; there’s poverty; there’s crime… all that stuff that goes along with that kind of situation.”
I wanted to understand the context of Kula Urban Farm, so I asked Nick to describe the neighborhood.
“….How can I describe it? There’s abandoned houses. There’s empty lots. There’s a lot of trash on the street. But it’s also a very vibrant community. In the spring and summer, especially when I was working outside, people would stop to talk to me. They were really interested in the farm and a lot of people who live here grew up down south or spent a lot of time down south. So I would heara lot of things like, ‘Oh man! Okra! I remember growing that in my grandmother’s garden. I love okra!’ or, ‘These tomatoes are so great, it reminds me of Georgia!’ So [there are] a lot of problems, but also a lot of opportunities.”

The city of Asbury Park is thirsty for opportunity. Interfaith Neighbors, through programs and models like Kula Urban Farm, is ready to create that opportunity.

Interfaith Neighbors runs and participates in multiple charitable programs,from Meals on Wheels to housing andrental assistance. Perhaps the most engaging part of IFN’s mission in Asbury Park isjob training. Kula Cafe specializes in hospitality job training, and Kula Urban Farm will be an extension of that.
In fact, everything really started with the cafe. The business runsa sixteen-week job training program for youths aged 17-22. Youths are referred by friends or throughthe social services, and some are walk-ins who saw the “Job Training” sign. Kula students learn a set ofskills that they need to live on their own, from hospitality skills to resume-building and finance.
“We have youth that are coming in from homelessness and need steady work. What we’d like to do is have an opportunity where a youth comes in and says, ‘hmm, I want to try out the cafe, try out the farm, figure out which one suits my interestes and skills’, and then give people the option. On the farm they would be helping the farm manager with everything from seeding to transplanting to pest maintenance to sales…It’s kind of a flexible vocational training.”
After going through the training program, Kula youth are given a chance to work with a local business. IFN pays the first two weeks of a student’s employment, so that there is less risk to the business owner. After the two week “trial period” is over,the business may keep the student on as an employee.
“…So if you’re a restaurant owner,” said Nick, “I could go up to you and say, ‘Hey, I’ll pay this guy to work for you [for] 80 hours. If it doesn’t work out, you can let him go, but there’s no risk to you.’ That’s what gets them in the door. Then usually they do a good job, and they stay on, and they have work.”
Through Kula Cafe, most students (four to six per training program) are placed with restaurants. Nick hopes thatKula Urban Farm will both increase that capacity to train and increase the variety of jobs that students are prepared for. Knowing the impact that Kula Cafe has had already on the Asbury Park community and it’s youth, Nick has great hopes for Kula Urban Farm.
Read more about Kula Cafe and Kula Urban Farm on their webpage.

Interfaith Neighbors already owned a residential lot (sized 50 x 100 feet) adjacent to the cafe, so all that IFN needed was a project leader, funding, and a plan. Nick Silverman became Farm Manager and Project lead for the farm. His task was to build the site, get it running, and create an income stream whilebuilding up a job-training program. Building a greenhouse in a seaside city required some perserverence, (one challenge was building a facility that could withstand hurricane-level winds) but the Kula Urban Farm greenhouse was built.

The farm is the definition of an urban farm; high density production on a small space in the middle of the city. Nick started by building a 24 x 72 foot greenhouse, outfitted with a ZipGrow hydroponic system, followed by 23 raised beds and a shed. There’s not much space left on the lot, but Nick knows that he can still scale up some within the space. One main reason that the IFN team chose ZipGrow Towers was that they allowed extremely high density production within the greenhouse, leaving space for other techniques and crops on the rest of the lot.

What does the future hold? 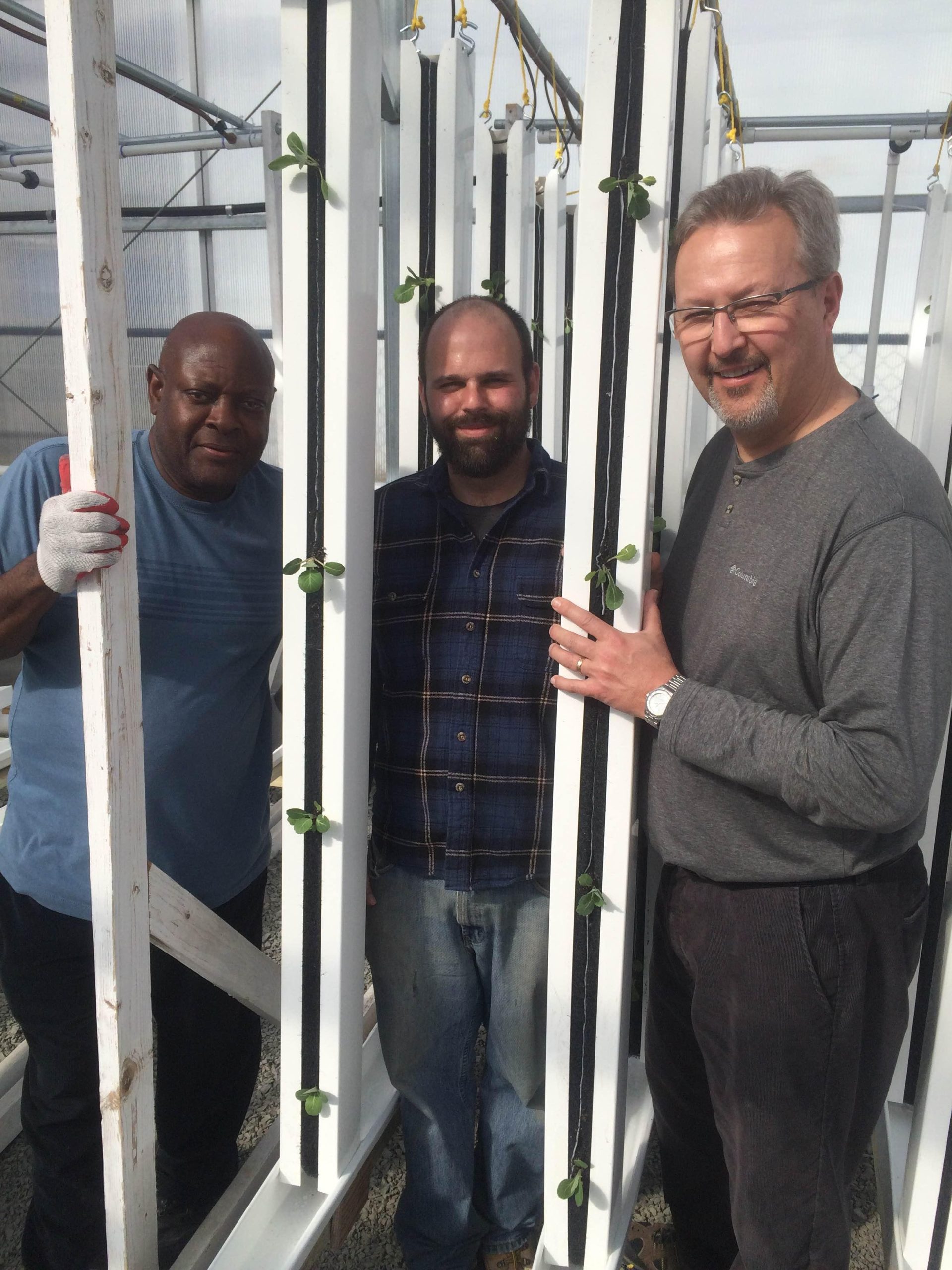 Nick is excited to start entering new markets and training programs with the farm. “There is an increasing interest in our area for local, healthy food, and we want to be a focal point of that interest for our city and region,” said Nick and IFN head Roger Boyce. “We also hope to bridge the divide between the east (more affluent) and west sides of our city, literally divided by railroad tracks, by hosting events and bringing residents to heretofore unfamiliar parts of the city.”

Interest in Kula Urban Farms is still coming strong from the community, and other opportunities like a new park being built forecast a bright year for Kula Urban Farm.
WatchKula Urban Farm on Instagram and check out their website.

Then you’ll love meeting the rest of the Upstart Farmers.