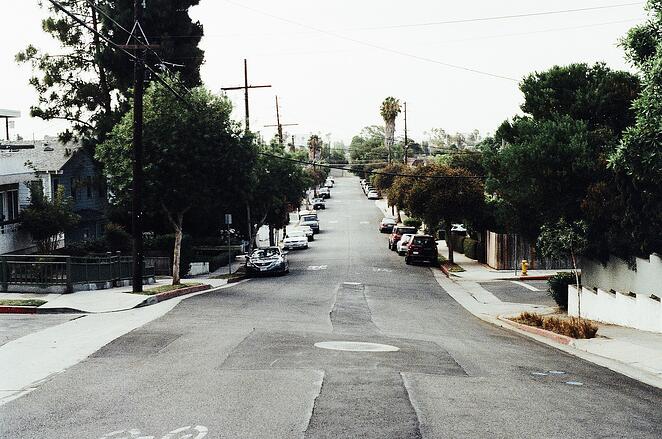 Mitch Hagney is the operator of Local Sprout, a vertical urban farm in San Antonio, Texas. Local Sprout grows fresh produce in a variety of ways, serving their community year round.

We’ve known Mitch for a while, but we got the chance to chat with him in person at the 4th Annual Indoor Ag Con in Las Vegas.

We were delighted to hear that Local Sprout is growing as strong as ever, having diversified revenue streams in really interesting ways, and navigated the maze of zoning and regulation laws that come with urban farming.

We know that for many urban farmers, zoning is a “dark area” with very little info to go by. Fortunately, Mitch was able to give us some helpful tips, which we captured here for you.

Siting your farm is the process of choosing a location for your growing facilities.  There are a lot of factors that go into choosing a location, including things like real estate cost, access to markets and suppliers, neighboring communities and business, and the state of the site of itself.

A huge part of choosing a site is zoning. Before you can begin growing crops on a site, you have to make sure that it complies with all city and/or county regulations. These regulations are put in place to avoid public or private nuisances to surrounding communities.

Zoning will affect how you grow and sell your produce

Zoning, a land-use planning system used by cities and counties, plays an important role in siting a farm. Urban farmers want to grow in a zone with favorable regulations and which doesn’t eliminate any of their farm processes.

There are five basic zones: industrial, commercial, agricultural, residential, and a special zone called an in-field development zone, which can be used for all kinds of purposes.

The distinction that concerns farms like Local Sprout the most is not that of agricultural zones, because Local Sprout, along with many of the Upstart Farmers, is an urban farm. The most important distinctions are between industrial, commercial, and residential zones. These are most likely to provide good access for your farm.

The best first step is looking up the  zoning regulations for urban farms or for a specific zone in your area. Most cities list their zoning maps and laws online.

Learn more: Here’s an example of some zoning regulations- in this case, for Chicago.

Lack of zoning regulation could be an opportunity for urban farmers

Since urban farming is only recently a widespread pursuit, zoning regulations can be nebulous for urban farmers. Even though that makes the rules less clear-cut, this can actually work in favor for urban farms, who get a chance to influence the development of those regulations. Regardless, siting will involve several getting building permits (which vary from city to city) and working with architects & city planners, etc.

Mitch Hagney saw the opportunity in San Antonio to help define the legal gray area associated with urban farming – and to define it in a direction that would be favorable for Local Sprout and other urban farms. The four elements that he needed to make that change? Relevant stakeholders, invested councilman or alderman, engaging language choice, and momentum. (Learn more about how he played a part in this political change in the video above.)

A lot of cities are catching on to the implications of urban agriculture for sustainable communities, and are looking for ways to encourage them through zoning.

Mitch is operator and CEO of Local Sprout, an urban farm in San Antonio, Texas. In addition to full time urban farming, Mitch often speaks and teaches for local events and entities.

We asked Mitch for one piece of advice for new urban farmers. Here’s what he said:

“As your business grows you’ll notice things get progressively easier. If things get harder all the time, you’re not going in the right direction…The community and the interest is so large in urban agriculture that there’s a tremendous amount of revenue generation potential that isn’t directly related to selling or eating food itself. ”

Mitch has lived out this advice by finding indirect sources of revenue for Local Sprout, using it’s space for indirect projects and building distinct opportunities with the community. See Mitch on TEDx San Antonio or find him on Twitter.