What is a ZipGrow™ Tower? 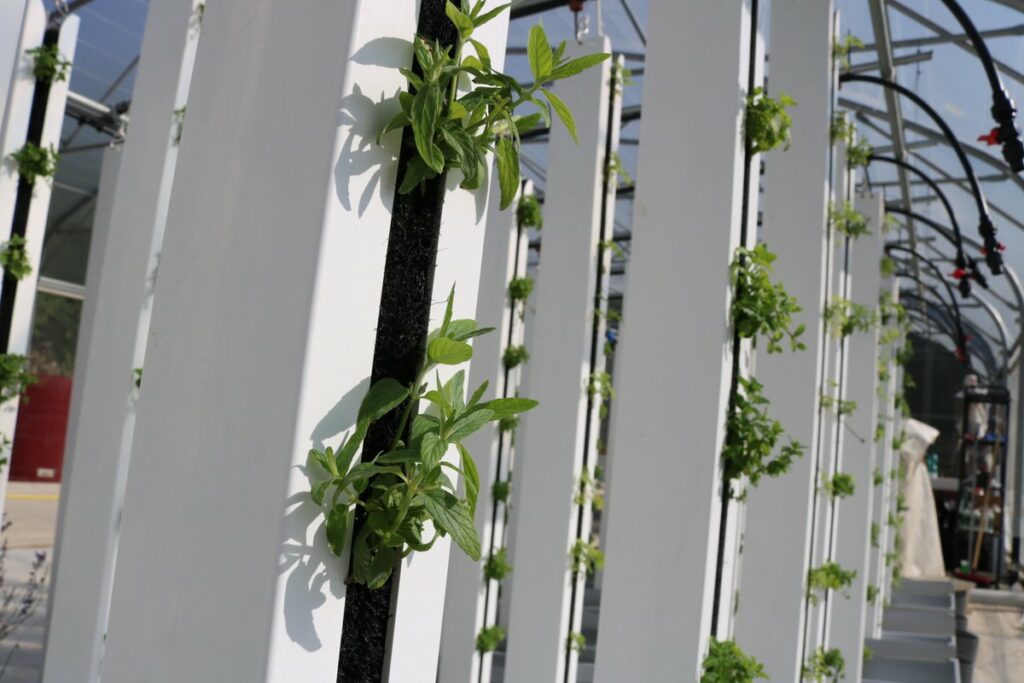 What is a ZipGrow™ Tower?

ZipGrow™ Towers are modular growing towers that can be moved and taken apart easily, allowing users to grow extremely high density vertical farms that are also convenient for labor. The design of the towers was developed and perfected by Dr. Nate Storey at the University of Wyoming.

History of the ZipGrow™ Towers

ZipGrow™ Towers are the product of seven years of research on highly productive, high density vertical farming techniques at the University of Wyoming by Dr. Nate Storey.

Using ZipGrow™ to build his own and other operations, Nate has proven that commercial vertical aquaponics and hydroponics is not only a viable option if done correctly, but indeed holds great potential for feeding the rapidly growing population of Earth.

What’s so special about ZipGrow™ Towers?

Designed for maximum light use efficiency, space use efficiency, and outfitted with high BSA media, these white, one-sided towers allow growers to stack towers in tight configurations. By growing vertically with ZipGrow™ Towers, growers are able to double or even triple that of traditional horizontal production or other tower system designs on the market.

The single-face design is a result of scientific research on the effects of light depletion rates. By ensuring high reflectivity with a white, single-faced design ZipGrow™ Towers reduce light extinction significantly and maximize yields, especially in high density configurations!

Remember: Productivity isn’t everything! “Sure we can cram a lot of production into a very small space, but all of the production in the world doesn’t matter if your costs scale with it.”

Because of the simplifying design, ZipGrow™ Towers have been chosen to outfit operations in a variety of different climates and structures, from basements and homes to warehouses and greenhouses.

Why do people use ZipGrow™ Towers?

The single-sided, lightweight design of ZipGrow™ Towers not only ensures maximum yields in small spaces, it also  offers growers several ease of use benefits. A significant benefit ZipGrow™ growers enjoy is just how easy it is to move about through the towers making maintenance, pest control and tower transport a breeze.

This is contrary to other tower systems with bulky bases or traditional horizontal systems where you have to roll the systems out of the way just to check your crops.

Moving easily through rows of towers not only reduces time and energy, but also some MAJOR headaches. Transporting ZipGrow™ Towers from mass to mass or from greenhouse to a LIVE display at a grocery store or restaurant is also a breeze!

ZipGrow™ Towers are not only more productive (by volume) than other hydroponic or aquaponic methods out there, they also give growers many other features.

For one, they are light weight and mobile which allows growers to the freedom to pick them up, rearrange them, harvest them in a different spot or easily transport them live to market for customers to harvest themselves.

Second, ZipGrow™ Towers are one of the only vertical tower designs on the market with a media-based system. Most conventional tower designs are aeroponic in nature, which is usually less productive due to the temperature fluctuations in the root zone, and more costly due to the high amount of labor needed.

Thus, by using media to secure our roots, we’re able to buffer those temperature fluctuations and increase growth rates.

ZipGrow™ Towers are guaranteed to last

Finally, ZipGrow™ Towers just last forever! We’ve designed our media to last years and years, with the tower housing lasting much longer. That translates into a single upfront investment that we recoup over and over again as we continue employing our towers to feed our community! We’re so sure of the quality of our products that we’ve guaranteed our tower housings for 20 years.

How to irrigate ZipGrow™ Towers

To irrigate ZipGrow™ Towers, a drip nozzle is directed to the top of the tower and into the Matrix Media where your plants’ roots are being held.

As the water/nutrient solution trickles down through the media, plants are able to uptake the nutrients from their roots. In addition to the high specific surface area, biological surface area, and very high void space, the towers/media have a whole host of good bacteria inside to help plant growth.

We also recommend experimenting with incorporating redworms inside the towers for aquaponic production to help break down solids, metabolize fish waste and deliver more nutrients to your plants.

You can read more about ZipGrow Towers™ in our online store or get in touch with us with any questions.

Our goal is to produce high-quality informative content to highlight the power of local food, small business, and delicious sustainable food can have in our communities and in our world.
Facebook-f Instagram Linkedin Youtube Pinterest